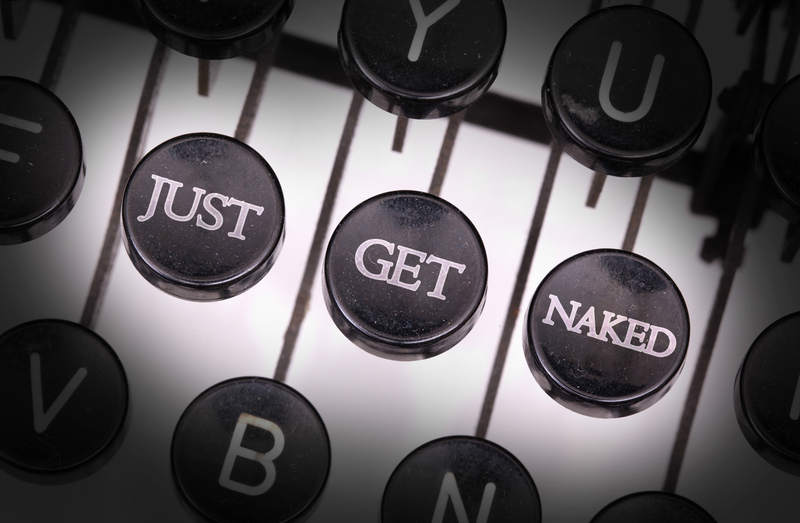 I laughed out loud as I scrolled through my camera roll and stumbled upon a picture I’d forgotten about. The photo was taken a number of months previous when I’d started a new workout routine. It was a “before” shot, if you will, taken on my first day of a new program. The expression on my face says what most would, given a view of your own thong-clad, nearly naked arse. That was, after all, what I was catching; a view of my posterior “before” the exercise regimen was put in place. I’d planned to take another “after” photo in some six, eight, or twelve weeks. I was, of course, certain there would be shock and awe at the physical evidence of my transformation.

Or not. I never completed the recommended routine, nor did I take an “after” photo.

Instead, I used the picture as a birthday gram for a close friend. I sent it via text to our early morning workout group with the comment, “Happy Birthday, T!!! Love you to the moon and back!” I’d achieved the desired effect after all, shock that I’d sent a picture of my “moon” and awe that I’d had the nerve to do it… no transformation needed. 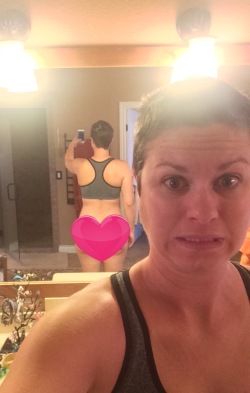 They all thought the photo as equally hilarious as I, especially when titled with the accompanying message. But what surprised me was the language used as the story was shared with others later that night. Words like brave, courageous, and gutsy were thrown around among the women of the larger group in reaction to my shenanigans. Don’t get me wrong, I don’t mind being labeled those particular words. I’ve certainly been called worse. I just don’t think it’s brave to send a picture of your naked ass to some of your closest friends. Crass? Maybe. Funny? Oh, yes. Brave? Not so much.

All the women who received the photo have seen me at my best and at my worst in every sense. Yes, we workout together…at dark-early in all seasons, but what is more, is the fact that we are friends—true friends. We’ve discussed our successes, failures, hopes, dreams, and the many ugly truths of motherhood, wifehood, and womanhood at length and with brutiful honesty. They know what my ass looks like—physically and figuratively.

Here’s the thing…I’ve had enough of our culture getting the important stuff ass–backwards.

It is far more brave to share true…naked…friendship than it is to share a photo providing physical evidence my derrière droops a bit and has some dimply spots. The taking and sending of a photo is not what makes me brave, courageous, or gutsy…it’s authentic relationships—friendships, that do.

Knowing I am loved, supported, and cared for because of and in spite of who I am—not my image, but the real me—exposed, honest, and without filter or photoshop is what cultivates in me characteristics of bravery and courage—genuine confidence.

Physical nakedness takes no skill and only matter of moments to achieve. Literally everyone can do it. There is no bravery in being comfortable with physical nakedness, or at least, there shouldn’t be. But there is bravery and so much more to be found in naked friendship.