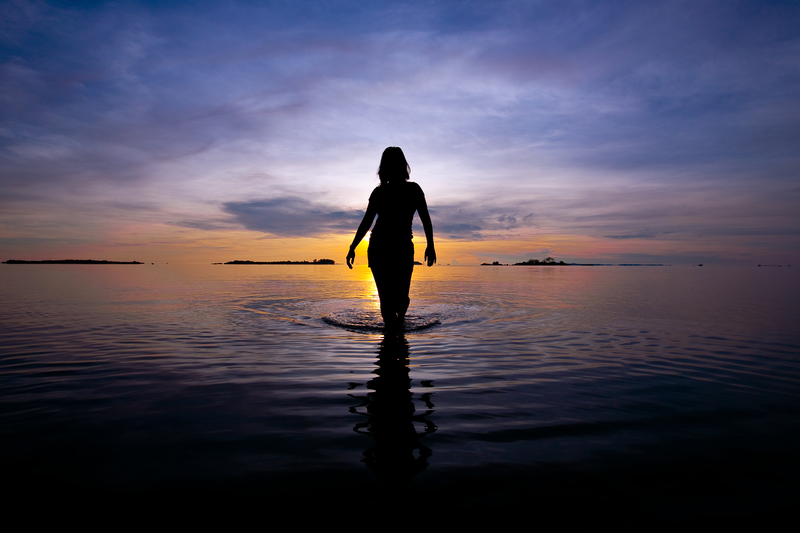 I should be doing laundry. I should be packing, organizing, or planning for the various events that will fill the month of June for my family and me. I should be working on novel edits…

But I’m not going to. At least not for as long as it takes me to put down in type font the epiphany that won’t leave my mind.

I overheard a conversation recently. A man and a woman—perhaps married, were discussing some third party female in their lives. Ms. said, “Yeah. I ran into her at the kids’ program.” To which Mr. replied, “She really let herself go, hu?”

Fear crept up my spine like a slow moving charge of electricity. My clothes suddenly felt a little too tight. I remembered I wasn’t wearing any makeup. I tugged at my tee shirt and pulled down the bill of my ball cap.

The Head Wench laughed as she anticipated where my internal dialogue would inevitably travel after hearing such a conversation. She was right to laugh. I’ll be damned if the next thought in my mind wasn’t, “What an awful thing to say about someone. I wonder if anyone would ever say that about me?”

Their discussion was none of my business. I didn’t know either of the individuals speaking. The woman of whom they spoke was a stranger, a fantasy…a ghost. But she wasn’t, was she? Because I’d made up in my mind that she and I were one in the same.

I spoke with my husband later that evening. I didn’t tell him about the specifics of what I’d overheard. Or about how I’d felt The Head Wench dig her claws in and take over the prevailing self-talk in my mind.

I said to him, “I want to feel good in a swimsuit. Our beach vacation is in a few weeks, and I don’t think it’s enough time.”

He replied, “Enough time for what?”

I’m not bulletproof, and this wasn’t my first shoot out with the head wench. I knew she was coaxing me into what would soon become a full-on assault if I didn’t take a step back, evaluate the battlefield, and rally my defenses.

It was then I realized my mistake.

I sent a courier with a message for The Head Wench. I told her to meet me in my room later that night. I was challenging her to a duel.

I sat in my bed, journal and pen at the ready. I caught her off guard when I fired the first shot.

I hope when the people I love talk about me, they say to each other, “She let herself go.”

She let herself go…to the pool, where she soaked up the privilege of a beach vacation and the gift of quality time with the love of her life.

She let herself go…chase dreams, where fear of failure or judgment wasn’t enough to deter her from the joy of the ride and the challenge of learning something new.

She let herself go…on new adventures, where friendships were forged and glimpses of true unimaginable beauty were handed to her like unwrapped gifts.

She let herself go…to the places her children led, where laughter and sometimes tears made her feel more alive than ever before.

She let herself go…wherever her strong legs could take her, where she found appreciation for a body that God created and she was lucky enough to use.

She let herself go…serve others, where she stretched herself and grew to know compassion, patience, and humility.

She let herself go…find her own truth, where there is only love and no room for fear.

I hope they say…she let herself go.

The smoke has cleared. This battle, I’ve won.I take a deep breath, say a prayer, and think of all the things I should do.

Then I just let them go.