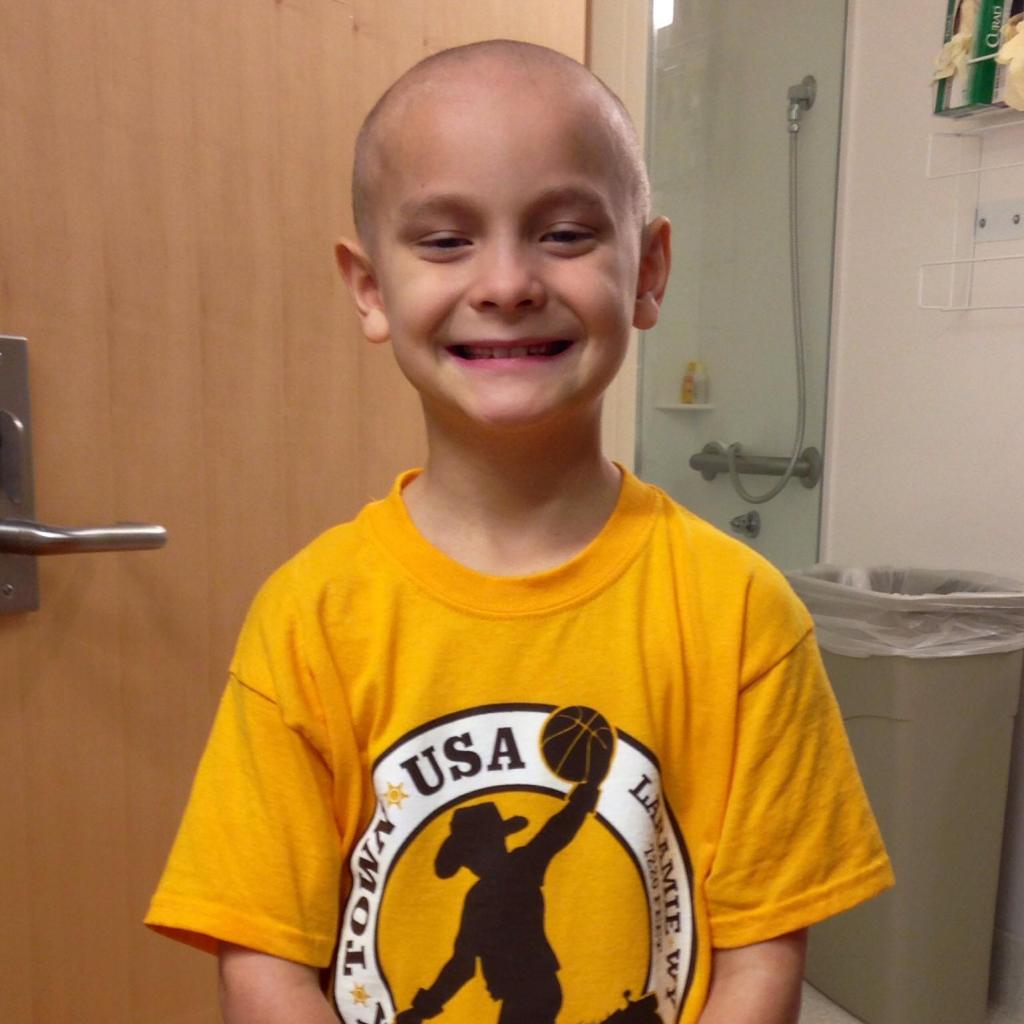 “Hope is being able to see there is light despite all of the darkness.” –Desmond Tutu

I’ve struggled to identify what exactly it is I want to say in this post. It’s not due to a lack of emotion or inspiration that I find myself in turmoil. Rather, it’s out of a desire to choose from many moments of inspiration the right sentiment to share.

The truth is…this story isn’t entirely mine. It belongs to a brave little man of seven years named Chase, his family, the hundreds of people who know and love them, and an entire community of thousands who have learned of their character, courage, and faith and have grown to love them.

Chase and his family are special. They are people who weave—through acts of love, laughter and friendship—tiny strings that connect their hearts to those of others. Far and wide, hundreds of hearts were shattered when those strings were pulled taut with the news of Chase’s diagnosis with AML (Acute Myeloid Leukemia).

I cannot speak for others, but for me, learning of Chase’s illness felt at first like a dream…a nightmare. Cancer—childhood cancer—was (fortunately) for me, something I only read about. It was something that happened to other people…not my people. After the fog began to lift and days passed, the pain did not ease, yet something new came to reside next to it, filling in the cracks…

If I were to document each moment in which Chase, his mother, father, another member of his immediate family, or an individual in the network of their close friends said or did something that filled me with a hope strong enough to override fear, I’d never stop writing. Each day they prove again and again why miracles are always born from love and faith.

For the purpose of this post, I’m going to attempt to tell the small part of this story that is mine.

I was trusted to help in planning an event that was the vision of Chase’s dad. It was his wish to take the sadness and potentially scary side effect of Chase’s hairloss (due to chemotherapy) and use love and laughter to create an opportunity to support his son. His vision did not stop there. His plan—whether he realized it or not— would also gift, to all those who were hurting on behalf of Chase, an element of healing through solidarity. Finally, this event would raise funds to be used to assist Chase’s family and other local families in their fight with childhood cancer.

In the space of less than a week, two friends leaned on one another and a network of the best quality humans who grace this earth, and planned a small gathering of 40-50 family and friends. Together this somewhat intimate congregation would shave their heads or chop their locks in a show of unity, open their hearts to each other making room for hope to come in, and rely on generosity to ensure Chase’s battle and those who are fighting similar wars are not left fighting without ample support.

We should’ve known God had his own plan for the evening.

Tears streaked cheeks as hugs and sentiments were shared. That was expected.

However, of the more than 150 people who shaved or chopped their hair, the 400 t-shirts that will soon be sported around town, and the several tens of thousands of dollars that were donated…I can say with utter confidence…none was expected.

I wrote after the event that I had learned a lesson—a broken heart can also be full.

My broken heart is full of hope because a seven-year-old boy who loves hairless cats, Star Wars, Wyoming Cowboys, LEGOs, and crazy jokes also embodies faith and bravery beyond what is conceivable. I feel hope grow as I continue to witness his parents and family walk through tragedy with grace and strength beyond words. And I felt hope as I experienced hundreds of people, some of them strangers, coalescing into a single showing of a community’s love.

Each of these examples has been a light in the darkness.

And together, over time, if we keep allowing the light in, there will be no more darkness.

~ Chase, Chasie, Peanut – We love you. You make us so proud. You make us want to be brave like you. Yours is the brightest of all the lights.

To support Chase and his family and other Wyoming families fighting childhood cancers, please consider donating to Jason’s Friends Foundation. Heartfelt thanks to Jason’s Friends and everyone who supported the #BaldUpForPeanut event.

iThere are no comments